Foraker is pleased to announce the addition of Kimberly Waller to our team. Kim is the first-ever Director of Sultana, our fiscal sponsorship program. Sultana exists to support groups and projects in the preliminary stages of their development, offering opportunities to incubate ideas, employ staff, and provide the stability that funders need to make initial investments.

As the Director of Sultana, Kim will support opportunities for new collaboratives and grassroots initiatives to germinate. She will also take on the role of a Foraker Lead Capacity Builder and join a team of facilitators who are responsible for strengthening Alaska organizations and tribes. Kim will be focused on collaborative efforts by fostering cross-sector partnerships to maximize missions across Alaska. 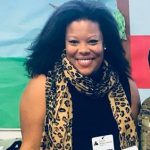 Kimberly was born in Fairbanks and raised in Anchorage. She began a career in broadcasting here in Alaska before moving to New York City to work for NBC Digital, MTV Networks, and IHeartMedia. Through her work in public affairs, Kim has partnered with some of the best-known nonprofits in the country including Sing For Hope, God’s Love We Deliver, AIDS Walk NYC, New York Public Library, Fresh Air Fund, YWCA, and more. Kim returned to Alaska with her family in 2018 to launch Women’s Power League of Alaska and immerse herself in the nonprofit sector. She is happily married with one daughter she calls a “beautiful person and a skillful negotiator.” Kimberly received her B.A. in Mass Media from New York University where she was awarded the Stenbeck Scholarship and was the recipient of the Founders Day Award for academic achievement. She also holds an A.L.M. in Journalism from Harvard University.