Welcome to our newest board members
Posted Under: Foraker News

We are excited to welcome our newest board members to the Foraker team! Tom Panamaroff, Valerie Davidson, Bernie Washington, and Michael Fredericks have joined our Governance Board. Brenda Riley has joined our Operations Board. 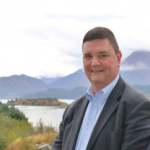 We welcome Tom Panamaroff who jumped right in and became a Census Champion when he joined the Alaska Census Working Group just as it was beginning a few years ago. He is deeply committed to the nonprofit sector and has given strong support to ensuring an accurate count during the 2020 Census. Tom is the Regional & Legislative Affairs Executive for Koniag, Inc. directing Koniag’s legislative agenda and regional advocacy plan.  Tom has been associated with Koniag for over 25 years.  Born and raised in Kodiak, Alaska, Tom served as legislative staff in the Alaska State Legislature for nearly sixteen years.  During this time, Tom also served on the Board of Directors for Koniag, Inc. for over ten years. In 2000, Tom accepted employment with Koniag, Inc. as its Kodiak Corporate Affairs Manager. Two years later, he moved to Anchorage to accept the position of Vice President of Business Operations and later assumed the position of President/CEO of Koniag’s wholly-owned subsidiary, Koniag Development Corporation, which provided oversight of Koniag’s operating company sector. He then served as Interim President and President of Koniag, Inc. before transitioning to his current position. A past board member of the Alaska State Chamber of Commerce, Kodiak Chamber of Commerce, and Resource Development Council for Alaska, Tom currently serves on the boards of directors of the Alaska Federation of Natives, the Kodiak Archipelago Leadership Institute, and the Koniag Education Foundation. 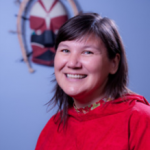 And a warm welcome back to Valerie Nurr’araaluk Davidson. Valerie is a former Governance Board member and served as board chair for two years. She also is an alumna of the Catalyst program. Valerie was appointed Commissioner of the Alaska Department of Health & Social Services (DHSS) by Governor Bill Walker in December 2014. She led nine state divisions within the department to promote and protect the health and well-being of Alaskans. Under Commissioner Davidson’s leadership, Alaska expanded Medicaid to provide healthcare to thousands of Alaskans. She also worked with the Alaska Legislature to negotiate a bipartisan Medicaid Reform bill, which provided for the redesign of Alaska’s Medicaid program, including comprehensive behavioral health reform. Valerie has worked to improve partnerships with tribes and tribal organizations in the delivery of health and child welfare services. She also negotiated a new tribal claiming policy to extend healthcare services by leveraging partnerships between tribal and non-tribal health organizations. ​Valerie is an enrolled tribal member of the Orutsararmiut Native Council (ONC). She has worked for over 15 years as a national policymaker on matters affecting Indian health. She served as the Senior Director of Legal and Intergovernmental Affairs for the Alaska Native Tribal Health Consortium, where she represented Alaska Native health needs at federal and state levels. She served as Chair of the Tribal Technical Advisory Group to the Centers for Medicare and Medicaid Services (CMS) from its inception in 2004 until August 2014. Valerie represented all tribes over a period that spanned the terms of several Secretaries of Health & Human Services and under both Republican and Democratic administrations. She earned her Juris doctorate, with a certificate in Indian law, from the University Of New Mexico School Of Law, and a bachelor’s degree in education with a minor in bilingual education from the University of Alaska Southeast. Valerie, a Yup’ik, was born in Bethel. 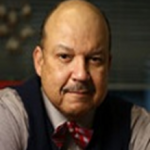 We are thrilled, too, to have Bernie Washington back on the Governance Board. He was a founding board member and part of the group that envisioned The Foraker Group back in the late 1990s and early 2000s. He previously served as board treasurer and has been part of our finance committee since we opened our doors. He also is one of the board members for Sultana. Bernie has a Bachelor’s in Mining Engineering from Pennsylvania State University, and an MBA in Finance and Organizational Management from Pepperdine University. He has over 35 years’ experience in the energy business and has worked in positions in engineering, engineering management, finance, and accounting management. Bernie got into public broadcasting because he believes in the concept and credibility of the medium. Bernie is a longtime avid listener and viewer of Alaska Public Media, and that led him to want to be a part of such a fine organization. Many other nonprofits and many of our Partners have benefited from his wise counsel on the financial aspects of their management. 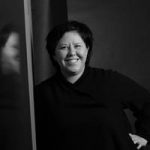 Michael has served on the boards of several Foraker Partners. She was one of our original clients in Financial Shared Services when she was with the Georgetown Tribe and was also one of our early Pre-Development consultants. Michael is the President and majority owner of SALT.  Born and raised in Anchorage, Michael is an Alaska Native of Yupik descent. Her late father, Glenn Fredericks, was born in the Kuskokwim region and her late mother Jan Fredericks came to Alaska in the early ‘60s, after being raised all over the world in a military family. Michael received her Bachelor of Architectural Studies from the University of Washington and her Masters of Architecture from the University of Illinois at Chicago. She has leveraged her architectural training into a specialization in complex stakeholder engagement around design projects. Over her 16 years of experience, Michael’s facilitation services have evolved to include business planning, community engagement, project planning, complex problem solving, organizational planning, action planning, and focused conversations around challenging issues. A born listener, Michael strongly believes that the most successful initiatives harness collaborative thought and align the solution with the stakeholder – not the other way around. Providing a strong process for stakeholder engagement not only empowers the user but has proven to result in bottom-line savings as well. Michael is adept at helping groups define their unique version of success and provide them with a roadmap to achieve their goals. Away from the office, Michael lends her strategic thinking as a connector and community activator.   Her proudest accomplishment is the family she has created and the eclectic group that calls her mom. Her professional qualifications include a Master of Architecture and a Certification in the Technology of Participation. 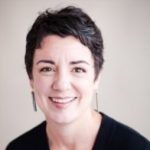 Brenda Riley, co-founder and executive director for the Fairbanks Children’s Museum for nearly eight years has just become the new executive director United Way of Tanana Valley. Brenda is a born and raised Alaskan and a graduate of the University of Alaska Fairbanks. Currently, she serves on the Board of Advisors for UAF, is a member of the FNSB Downtown Planning Group, and is the President of the UAF Alumni Association, Fairbanks Chapter. Brenda has used many Foraker services during her nonprofit career. We are delighted she has joined the Operations Board and that we will have the benefit of all her volunteer and nonprofit work experiences.